At this year’s New York Comic-Con, I was able to talk with Goyer before his panel.  During both a roundtable and exclusive interview he talked about how he got attached to the project, how Da Vinci’s Demons could never air on network TV, the exciting visuals for the show, the fact that he “shamelessly pillaged the crews of Luther, Sherlock and Game of Thrones,” getting Bear McCreary to do the score, and more.  In addition, I also asked when we might see the next trailer for Man of Steel (which he wrote), the difference between working on cable and network TV and why he became frustrated with Flash Forward, and he set the record straight regarding whether there were a lot of deleted scenes from The Dark Knight Rises.

Here’s the transcript from my roundtable interview with Goyer.  I sat down as the interview was already underway:

DAVID S. GOYER: I will say that adapting a character like Da Vinci really wasn’t that dissimilar from doing Batman or Superman.  Because all three of these guys are really iconic figures and yes Da Vinci was historical, but there’s clearly been a lot of mythmaking about him and a lot of things have been attributed to him that may or may not have happened.  Like supposedly there are new theories that Da Vinci created the Shroud of Turin, and that that was a hoax.  In a weird way I approached adapting Da Vinci—I used the same process that I did for Batman or Superman.

Question: Do you see yourself as more of a mythmaker or a de-mythafier?

GOYER:  That’s interesting…I would have to say mythmaker.  I mean, because Da Vinci was clearly a historical figure, but even if you read his first biography, which was written fifty years after his death, there’s clearly a lot of confabulation in it.  Vasari says he was this tall guy who could bend iron bars with his bare hands, which obviously he couldn’t do.  But, I think part of the fun of working with a character like Da Vinci is he’s such a popular mythic figure and his whole life has always been shrouded in mystery or secret societies, even before Dan Brown. With a character like Da Vinci, why not go for the myth and just keep going? I mean, one of the first lines in the pilot is “history is alive” and that’s the thesis of the whole show: history is alive, and it’s been honed like a weapon by people who would suppress the truth. And I do believe that, anyway, that it’s interpretive and constantly being rewritten.  So this character goes on to say that centuries from now your own history will be overwritten and lies will be told about you, and to a certain extent that’s what the shows about is Da Vinci will have various adventures that will need to be suppressed for a variety of reasons.  So the Da Vinci that modern day people know by design is a lie.

Question: I’m finding that’s what you share with Frank Miller and his way of looking at history too.

GOYER:  I think I regard any history in quotes, because just like science, we’re constantly revising science, we’re constantly revising history.  There’s no question that various victors throughout history have flat out lied about certain events or written themselves into things, and then you come along and you find out that this disproves that.  One of the things I love about Da Vinci is there’s so much legitimate controversy about his life anyway.  To this day nobody can agree who his mother was; nobody.  They’ve recently done fingerprint analysis and the current theory is that he might have been half Arabic because there are whirls in his fingerprints that are in 95% of the Arab population and only about 5% of the Caucasian population, so they think his mom might have been a Turkish slave or something like that.  And I love that stuff, but there’s a big controversy about that.

Question: I’m from England and this is a BBC co-production I believe?

Question: Was that interesting for you, working with BBC?

GOYER:  Yes, it was.  I’m interested in doing co-productions and two recent shows that have come out of England which I absolutely adore are Sherlock and Luther.

GOYER:  Exactly.  I would say that our approach, I mean, even thoughSherlock is modern, Moffat did a similar approach with Sherlock. He paved the way for us in that regard.  And then when I knew I was going to film the show in England, the other show—it’s an American show that films there in the UK—is obviously Game of Thrones.  My cast and crew are all British, and I just shamelessly pillage the crews ofLuther, Sherlock and Game of Thronesfor my crew.

GOYER:  They have similar touchstones, they’re difficult personalities.  I mean, Da Vinci had a big mouth, he was thrown in jail a bunch of times, he had a reputation for not finishing his projects, for being hounded by his creditors, we know he drank a lot, some people say he smoked heroin.  And so, as a historical antecedent to Sherlock or Tony Stark or something, the comparisons are there.

Question: Well also the other characters you’ve worked on have all been difficult in one way or another, Blade certainly and Batman.

GOYER:  I tend to find them more interesting, and I think that Da Vinci in some ways—well we’ll see, the Da Vinci that Tom [Riley] is doing is, you love him, but you also hate him at times.  Which I think is a cool way to depict the lead of the show.

Question: What was the genesis of this? Where did the idea come from and how did it evolve from the original conception to what it ended up being?

GOYER:  Starz and BBC Worldwide approached me.  What happened is my show Flash Forward went down. I was really disheartened and told my agent, “I don’t want to do TV anymore, it sucks.” And they said, “No no no no, why don’t you do something in cable? It’s more you, it’s edgier, and they have a reputation for backing their creators more.” And so I went on a series of meetings with some of the cable guys, and I met with Chris [Albrecht] and Chris said, “Look, I back my creators.  I fight with them all the time; I fight with David Chase, all these people.  But I back my creators.” And I have to say he kept his word.  I mean he said, “At the end of the day if you say, ‘No, I’m doing it this way.’ I’m not going to counter you.” Chris likes to say, you’re the “Killer App in the show” and “I’m not going to fight my Killer App.” He lived by it, and I really appreciate that and that’s something that’s rare.  They wanted to do something historical because it does well overseas, and they also thought that Da Vinci was just—he’s just a figure that you know inhabits a lot of people’s imaginations.

Question: I was asking about difficult characters; some people sort of soften or show the other side of them, you like to show even more the edgier side.  I think that’s true with your Batman, I think it’s true with what you did with Blade.

GOYER:  I can safely say we’ve done that with Da Vinci.  The nice thing about being on Starz is we don’t have any censorship at all, we can say anything, do anything, show anything.  I have no doubt that a couple of the episodes in the first season that will generate some healthy controversy.

Question: That’s actually what I wanted to ask about. One of the things about Starz is they’re able to really push some boundaries in terms of sex, violence, stuff like that; is that something that the network says “we can do this, let’s make sure we can,” because it’s a selling point?

GOYER:  No, they never said to me, “You must show this many tits.” or, “You must cut off this many penises.” They said it’s always been if it’s right for the story, you can do whatever you want.  And we’re not afraid of controversy, so go for it.  And Chris has certainly cut his teeth at HBO doing shows like that.  Oddly enough, I’ve made a lot of PG-13 movies and a lot of R-rated movies, and bizarrely in this show I’ve never once been asked to cut something because it’s too extreme- which is not to say were just doing extreme things to do them, but I’ve never been told “You can’t show that,” or “You shouldn’t show that.”

Question: Is there an example that you can give us that is something you were like, “Wow, I can’t believe we get to get away with this?” Or you know what I mean, something that pushed the boundaries?

GOYER:  I mean, by the time you see the first episode, a couple of things like that will become apparent.

Question: So it’s safe to say that this could not ever be on network TV?

GOYER:  This could never be on network TV. I’m not just talking about what we show, just some of the subject matter they would never, ever do on network TV.  Couldn’t be a PG-13 movie either.

Question: Any other films that you have coming up?

GOYER:  Well the big one is Man of Steel, but I can’t talk about that. 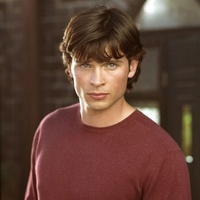 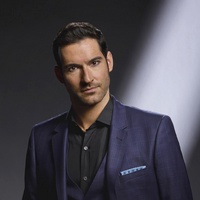